I lost a dear friend to suicide in 2016.   He was married to my best friend and the father to five amazing children and adoptive father to a truly gentle soul.

Shawn was not an easy person to know.   Years of a troubled childhood had made Shawn prickly and closed.  He allowed very few people to get close to him, and I was lucky enough to only see the gentleman he could be. He was a big brother, a protective man who always looked out for me.

Over the years, there were subtle changes in his behaviours. Or rather, as I saw him infrequently and he could easily hide these changes from me, they appeared subtle.  He became sullen and closed, his temper volatile and unpredictable. The family he adored was no longer a treasure but a burden he could not handle.

When Shawn walked away from his family,  he was angry and resented the life he felt had trapped him.   The details in the months away are sketchy; a few accounts from those around him paint a wildly partying life, full of travels.   During this period, he attempted suicide at least twice and was eventually located by police to be admitted to an Albertan mental health facility for observation and assessment.

After just over a month, he was released in early January.   And promptly disappeared.   The remaining weeks of his life were a mystery to his family until after his body was discovered in April.   From there, they discovered how he had been living at a childhood friend’s home since his release, having no support from the health industry due to “just missing” a diagnosis of bi-polar disorder.  There were other mental health concerns but inconclusive diagnoses did not support further treatment.   Shawn was ready for help but nothing was available within the provincial health care system.

Suicide follows the surviving family.  It becomes the unspoken topic when you are with friends, the whispered conversations of neighbours. The spouse and children feel as they are under constant scrutiny and every movement is being questioned, studied and judged against the deceased’s actions.   As my best friend says, “It is the White Elephant we cannot escape.”

Mental health issues are becoming more widely spoken of, yet they are still not supported and treated with the same seriousness as physical maladies.   Lack of understanding and stigma within the general populace, insufficient funding and structure from government agencies, and stretched front line workers add up to a vacuum of support for affected citizens.

It’s time to get beyond the stigmas, silences and sideways glances.

Whispers don’t save lives.  Speak up and OUT LOUD.

Need help for you or a loved one? 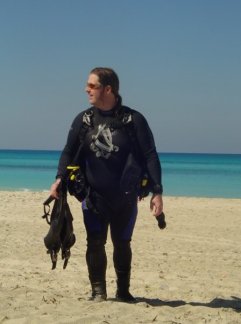